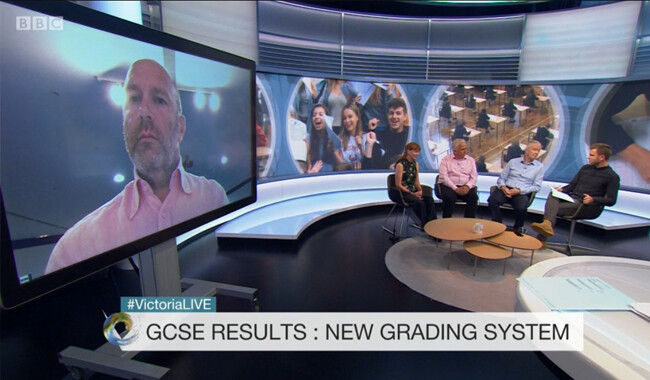 Having appeared on Victoria Derbyshire’s BBC programme last week championing Apprenticeships it made me realise that people are finally starting to listen to us!

I’ve been very lucky with my chosen career. But, if you are to read into OFSTED reports, I’m one of those that help to make a school ‘fail’ or get a poor report, simply because my aspirations weren’t to go to College or University. I chose a vocational career instead.

OFSTED like success; but they like success their way. The more pupils stay on at school after GCSEs the better it is for the school and of course their grading. The schools like this because of course they get another 1-2 years of funding. Everyone’s a winner!! Or not………?

But, this comes at a price. Pupils for whom a vocational career would be far more suited are being pushed into poorly thought-out college courses supposedly to benefit them and to assuage the views of their parents. Careers advisers have until very recently pointedly refused to suggest a career in Hairdressing, Barbering or any of the trades to anyone who in their mind has half a chance of passing an A-Level. In fact, our industry has always been thought of as a last resort, by schools.

Now, let’s picture a world where this is turned upside down. Let’s picture a world where OFSTED inspections must report on the progress of current year 11 students 5 years hence. Let them seek out those who’ve completed Apprenticeships in professions like Hairdressing, Barbering and the various trades. Let’s see how they compare with those up to their neck (or their parents’) in debt.

Let’s see how many ex-Apprentices are working in businesses, running businesses and owning businesses. Let’s see the money they’re paying in taxes and the the people they’re now employing. Now let’s compare them with some University students, in huge debt and not finding those £100k jobs.

Now, how many so-called failing schools might just see their OFSTED reports go up a grade or two?

How many more parents would gladly see a role for their offspring in the workforce earlier if the trades were seen as aspirational by schools and careers officers, based on the individual, not their grades?

Brexit or not, the UK needs practical skills. The U.K. doesn’t need legions of 21 year olds with nonsense degrees, no practical job-experience and no work ethic.

Caveat to all of the above; I’m not anti-university, I’m anti-university as a blanket aspiration for every young person, and them being blindly led by poorly thought-out policy.

We’d welcome your thoughts of course!

Click here to view the BBC episode on the iPlayer