RE-LOCATION FROM EASTCASTLE STREET TO SMITHFIELD – 2013… 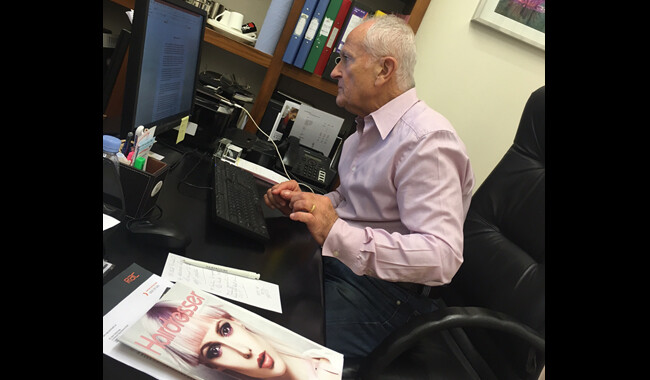 This was the most traumatic part of my working history for many reasons. I’ll have to be very careful about this as it’s fairly recent in the scheme of things and whilst it’s quite easy to remember 40 years ago, it seems much harder to remember the details of just three or four years ago.

We’d originally taken a very long lease on our Eastcastle Street property, 20 years if I remember correctly. For those of you who never saw it we had seating for more than 90 students spread over some 5000 square feet on a really prominent corner just off Oxford Street.

When we took the lease, that part of the West End of London was extremely depressed as it was traditionally the centre of the UK’S rag-trade which by this time was almost non-existent due to the emergence of the Far East as the cheapest of places to manufacture clothes in. Our site was completely dilapidated & the basement was actually flooded. However, a deal was a deal & we struck a very good one. What we didn’t expect was the boom in commercial property affecting the North side of Oxford Street so soon after we moved in & started trading.

Eventually we realised that we could no longer justify paying around £200,000 per annum for rent, rates & service charges whilst every other cost was also increasing. Around 2012 the first effects of Crossrail were being felt at the “posh” end of Mayfair where all the art galleries were based. Some of the gallery owners were being advised that our part of the West End was going to be the next big thing & very soon the first one opened. That opened the floodgates & soon after a gallery opened directly opposite us, owned by Ronnie Woods’ (of the Rolling Stones) son.

We knew then we had to start making plans to relocate as we obviously weren’t going to be able to remain in situ once our lease expired. We had approximately 4 years left on our lease & knew by now it had become fairly valuable. I started a dialogue with our Landlords, a very powerful, publicly quoted company, who initially listened to my proposal to offer the ground floor space up (about 2000 square feet) in exchange for a new separate entrance & a complete refurbishment of the basement together with a new lease at a vastly reduced rent. Sounds great doesn’t it? They weren’t that interested obviously, but we still had the benefit of a lease that had some years to run & with the added benefit of being within the Landlord & Tenant Act. At least our position was protected & we knew that we had to be given the opportunity of renewing the lease eventually.

However, our experience over the years of negotiating, buying & selling of leases suggested that the best course of action was to find new premises & get a good pay-out from our existing Landlord which would pay for a completely new site fitted out & ready to move in to at our convenience. If only it was that simple! We started looking at available sites in the West End area but every unit we looked at seemed to be extremely expensive & didn’t offer the space we needed.
Drastic action was needed & so we widened our search to the East of the centre, areas that we really did not have any experience of, but whatever we saw looked much better value than the West End. Four or five years ago, the City of London was just coming into its’ own. Canary Wharf was buzzing but a lot of the places we looked at didn’t have sufficient footfall to make it work for us. We employed a commercial property agent who sourced various properties for us to look at & eventually we hit on the Smithfield area, famous for the meat market & latterly, Crossrail.

Until 2013 when we finally relocated, my experience of Smithfield was the occasional evening out at a couple of very good restaurants. I had no idea of whether or not moving out of the West End would be a success, but as we settled on the premises we now occupy, the fact that rent & rates would be less than 50% of what we were paying made up for any lingering doubts. We settled on a semi-derelict property directly opposite the meat market & incredibly convenient for travel as we’re serviced by over-ground & tube trains all coming into the centre of the Crossrail project.

It was a great leap of faith but our advisers knew what they were talking about, you know, trendy, up & coming & good value for money! Car parking was cheap in comparison to the West End & in retrospect the choice was good; but without the professionals sourcing the property, negotiating the lease, instructing surveyors to liase with the landlords in respect of the permissions we needed to convert the site from a defunct Japanese restaurant & night club to a School of Hairdressing, we could not have possibly succeeded.

Builders moved in with the usual panic, get in, bash things around & from chaos came order. We had all our working units hand made up in Nelson, Lancs., by REM, & eventually the premises were ready for occupation on the 5th August 2013.